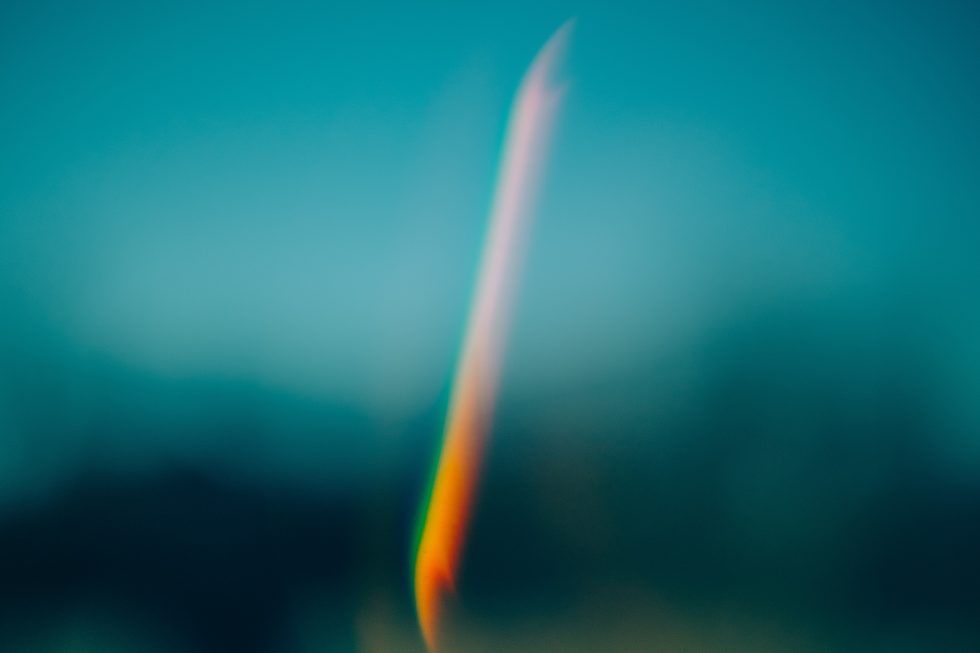 HAS SCIENCE BECOME A RELIGION?

When we are convinced of something, it means we believe that. So we can be a believer in science or in any world religion. In both cases we are dealing with a religion (because religion is also just a set of beliefs). The opposite side of the belief/religion, however, is to keep a critical distance to all information coming from the outside world, and possibly also rely on our own inner intuition, as all great scientists and inventors do. And they are the source for most of our fundamental beliefs.

Rupert Sheldrake, PhD, a biologist and author of more than 80 scientific articles and 10 books notes that in science, there has been a conflict between science as a method of research based on reason, evidence, hypotheses, and collective research, and science as a belief system or worldview. This latter aspect has begun to limit and inhibit research, which is the basic nature and a driver of scientific endeavor.

Until the late 19th century, science was practiced within a system of beliefs that could be called philosophical or scientific materialism. For some time now, however, scientific regeneration has been taking place in scientific circles.

The old default view of the world consists of 10 dogmas or assumptions of science on which the beliefs of most educated people around the world are based. As these views / beliefs are the base for: the entire ‘official’ education system, national health systems, ‘official’ health research and government action and programs:

But all these dogmas have become very questionable today, and when we examine them in more detail, it turns out that they fall apart quickly.

THE TRANSITION TO POST-MATERIALIST SCIENCE CAN SAVE HUMANITY!

Now is the time to move from materialistic to post-materialist science, which is crucial to the development of human civilization, as the post-materialist paradigm cultivates positive values such as compassion, respect, and peace.

Surprisingly for science, the prevailing materialistic science is clinging so tightly to these old dogmas that it transforms them already into its own religion. Nevertheless, the MOST ADVANCED MINDS / RESEARCHERS / SCIENTISTS of this world have not stopped and have been RESEARCHING FORWARD, so today they are light years ahead of what ‘official’ SCIENCE ALLOWS. Which means they have purely scientific evidence (obtained by the scientific method) about their discoveries.

As stated by Rupert Sheldrake, if we first look at the dogma that nature is fixed, we realize that it’s a legacy of a very old view (from the 1960s), before the big bang theory came into force. Previously, people thought that the universe was eternal and governed by mathematical laws. When the Big Bang theory came about, this assumption continued, even though the universe turned out to be evolutionary and constantly growing and evolving, with new structures and patterns emerging. Why shouldn’t aslo the laws themselves evolve in the EVOLUTIONARY UNIVERSE, after all, human laws are also evolving all the time.

The scientists also found out that when certain rats learned certain tricks, it also affected other rats around the world who were suddenly able to learn these tricks faster.

It turns out that even the constants that scientists once believed were the same all the time are changing. For example, when Sheldrake digged deeper into the research, he found that different physicists around the world and at different times measured different values of the speed of light, clearly indicating that it has decreased, Even for the constant of gravity, he found that it’s not fixed at all, but changing. Laboratories around the world measure different values, but scientists then ‘manually’ correct them with an average value, which they adapt from the results obtained. They attribute these changes to errors.

Also, the fact that our minds don’t extend beyond our brains turns out to be wrong, which is nicely shown in an experiment when someone is facing with their back to another person and the latter is looking at the nape of the neck, the person even though turned away is ‘feeling’ the gaze of the person looking at her.

Many other established and well-known scientists around the world are also convinced that science is becoming limited by the dogmatism of materialism, which claims that matter is the only reality. These scientists believe that science would be more scientific if it could explore the natural world without these limitations while respecting scientific methods of data collection, hypothesis testing, and critical discussion. Therefore, at one of the scientific meetings, they formed a manifesto for post-materialist science.

Belief in materialist ideology as the only explanatory framework for reality has forced scientists to neglect the subjective dimension of human experience. This has led to a severely distorted and impoverished understanding of ourselves and human’s place in nature.

SCIENCE is basically a non-dogmatic (or at least it should be), OPEN METHOD OF ACQUIRING KNOWLEDGE OF NATURE THROUGH OBSERVATION, EXPERIMENTAL RESEARCH AND THEORETICAL EXPLANATION OF PHENOMENA. Its methodology is not synonymous with materialism and should not advocate any particular beliefs, dogmas or ideologies.

At the end of the 19th century, physicists discovered empirical phenomena that classical physics could not explain. This led to a revolutionary new branch of physics called QUANTUM MECHANICS (QM) in the 1920s and early 1930s. QM has questioned the material foundations of the world by showing that ATOMS AND SUBATOMIC PARTICLES ARE NOT REALLY SOLID OBJECTS – they do not exist with certainty in certain spatial locations and at certain times. Most importantly, however, QM explicitly introduced MIND into its basic conceptual structure, as it was found that the OBSERVED PARTICLES AND THE OBSERVER (physicist and method used for observation) are CONNECTED. According to one explanation of QM, this phenomenon means that the consciousness of the observer is crucial for the existence of the observed physical events and that MENTAL EVENTS can AFFECT THE PHYSICAL WORLD. The results of recent experiments support this interpretation. These results show that the physical world is no longer the primary or only component of reality and that it cannot be fully understood without reference to the mind. consciousness.

Psychological studies have shown that CONSCIOUS THOUGHT ACTIVITY can CAUSALLY INFLUENCE BEHAVIOR and that the interpretive and predictive value of factors (e.g., beliefs, goals, desires, and expectations) is very large. In addition, research in the field of psychoneuroimmunology shows that our THOUGHTS AND EMOTIONS can significantly influence the functioning of PHYSIOLOGICAL SYSTEMS (e.g., immune, endocrine, cardiovascular) associated with the brain. In other respects, neuroimaging studies of emotional self-regulation, psychotherapy, and placebo effect suggest that mental events significantly affect brain activity.

Studies of so-called parapsychological phenomena show that WE CAN SOMETIMES RECEIVE IMPORTANT INFORMATION WITHOUT USING THE ORDINARY SENSES and in ways that go beyond the usual spatial and temporal limitations. In addition, parapsychological research suggests that WE CAN MENTALLY AFFECT PHYSICAL DEVICES AND LIVING ORGANISMS (including other people). Research also shows that distant minds can behave in a way that is non-locally connected, i. connections between distant minds are assumed to be mediator-free (not associated with any known energy signal), unlimited (not decreasing with increasing distance), and immediate (they appear to be simultaneous / simultaneous). These events are so common that they cannot be regarded as incorrect or as exceptions to natural laws, but as indications of the need for a broader explanatory framework that cannot be derived solely from materialism.

Controlled laboratory experiments have documented that trained research MEDIA (people who claim to be able to communicate with the thoughts of people who have physically died) can sometimes OBTAIN VERY ACCURATE INFORMATION about deceased individuals. This further supports the conclusion that the MIND MAY EXIST SEPARATELY from the BRAIN.

Some materialistically inclined scientists and philosophers are reluctant to acknowledge these phenomena because they are inconsistent with their exclusive conception of the world. But denying these vast post-materialist research of the nature, or denying the publication of strong scientific findings that support the post-materialist framework, is contrary to the true spirit of scientific research, which says: empirical data must always be treated appropriately. Data that does not correspond to popular theories and beliefs cannot be rejected in advance. Such attitude is an area of ideology, not science.

It is important to realize that parapsychological phenomena, near-death experiences in cardiac arrest, and reproducible evidence from credible research media seem unusual only when viewed through the lens of materialism.

Moreover, materialist theories do not explain how the brain could create the mind, and they cannot take into account the empirical evidence mentioned above. This shortcoming of materialist theories tells us that now is the time to free ourselves from the shackles and blinds of old materialist ideologies, to expand our concept of the natural world, and to embrace the post-materialist paradigm.

According to the post-materialist paradigm:

a) THE MIND REPRESENTS THE PRIMARY ASPECT OF REALITY, much like the physical world. The mind is fundamental in the universe, so it cannot be derived from matter and reduced to something more basic.

b) THERE IS A DEEP INTERCONNECTION BETWEEN THE MIND AND THE PHYSICAL WORLD.

c) The MIND (will / intention) CAN AFFECT THE STATE OF THE PHYSICAL WORLD AND ACTS NON-LOCALLY (or expanded), so it is not limited to certain points in the universe, such as the brain and bodies, nor to certain points in time, such as the present. Because the mind can affect the physical world nonlocally, the intentions, emotions, and desires of the experimenter may not be completely separate from the experimental results, even in controlled and blind experimental plans.

d) MINDS ARE obviously UNLIMITED AND CAN CONNECT in ways indicating a SINGLE UNIVERSAL MIND, which includs all individual, single minds.

e) DEATH EXPERIENCES in cardiac arrest INDICATE THAT THE BRAIN ACTES AS A TRANSMITTER OF MENTAL ACTIVITY, i.e. the mind can work through the brain, but it does not produce it. NDEs that occur in cardiac arrest, along with evidence from research media, further suggest the survival of consciousness after physical death and the existence of other levels of reality other than physical.

f) Scientists should not be afraid to explore spirituality and spiritual experiences, as they represent a central aspect of human existence.

Post-materialist science does not reject empirical observations and the great value of scientific achievements so far. It seeks to EXPAND HUMAN ABILITY to better UNDERSTAND THE MIRACLES OF NATURE, and in the process rediscover the meaning of mind and spirit as part of the core of the universe. Postmaterialism includes matter that is considered a basic component of the universe.

The post-materialist paradigm has far-reaching consequences. It basically CHANGES THE VISION WE HAVE ABOUT OURSELVES and RETURNS US OUR DIGNITY AND STRENGTH as people and as scientists. This paradigm CULTIVATES POSITIVE VALUES such as COMPASSION, RESPECT and PEACE. By emphasizing the DEEP LINK BETWEEN US AND NATURE in general, the post-materialist paradigm also promotes environmental awareness and the preservation of our biosphere. Moreover, it is not new, but only four hundred years forgotten that the surviving transmaterial understanding can be the foundation of health and well-being, as preserved in the old practices of mind and body, religious traditions, contemplative approaches.

The transition from materialistic to post-materialist science can be crucial to the development of human civilization. It is perhaps even more central than the transition from geocentrism to heliocentrism. This paradigm cultivates positive values such as compassion, respect and peace.

Manifesto for a Post-Materialist Science